The Sydney Tramway Museum is proud to have been invited to participate in the 2009 exhibition showcasing Sydney’s huge tram system which once ran to over thirty suburban destinations. 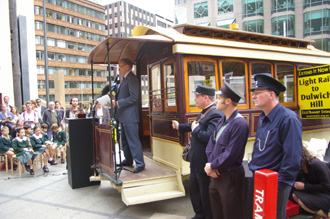 This exhibition ran for several months in 2009 and contained many exhibits crafted by our volunteers. Other exhibits used material supplied by our Museum but prepared by the Museum of Sydney’s professional curatorial staff.

Both the Museum of Sydney and the Sydney Tramway Museum promoted each other’s activities: we, at this Museum were delighted with the additional visitors. For our part, we distributed the MOS fliers and featured the exhibition exhibition on our website for the duration. We limited our pictorial promotion to their banner which was festooned around the CBD; neither Museum considered it appropriate to preview the exhibits on the internet.

Our Museum was delighted to be associated with the venture and we congratulate the Museum of Sydney for a most successful exhibition. 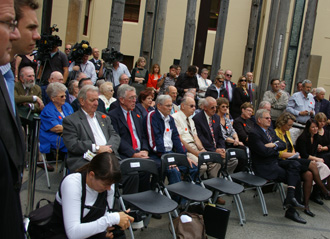 This prestige affair was opened by none less than former Premier, Bob Carr, renowned for his interest and knowledge of history

Many found themselves a considerable proportion of the invited audience (right). 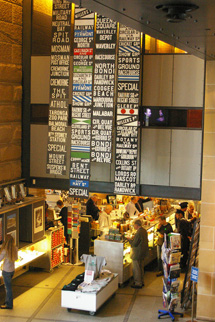 Adults fortunate enough to possess memories of their own tramway travel were delighted to find a magnificent display of the iconic destination signs, many bearing coloured symbols, kept on for years to assist the many adults who, in the early 1900s, had grown up before the provision of universal public education. 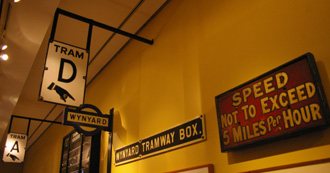 North Shore residents found memories of the underground platforms at Wynyard which formed the city terminal for the northern system once the Sydney Harbour Bridge was opened in 1932.

Sydney was amongst the first cities to have such a feature – one which many cities are now including in their new light rail systems!

There was a rare glimpse of a model of the steam hauled trailers which passengers rode in the late 1800s for for the early years of the 1900s.

Most pictures depict the steam motors, though passenger rides on them were officially forbidden. 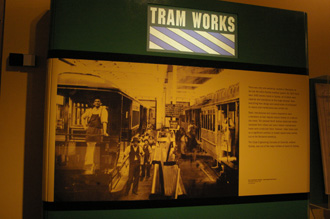 Major maintenance of this huge fleet, which peaked at 1500 in the 1930s, was conducted at the large facility of the tramway workshops in King Street Randwick.

How a tram works and is driven. 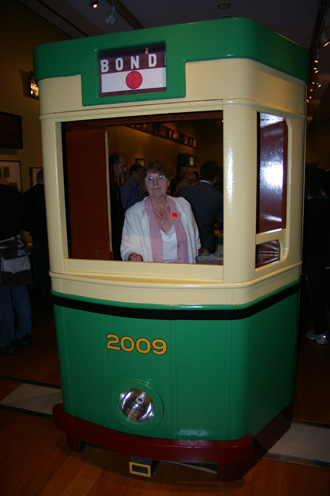 Rarely seen aspects of tramway operation were on show for the public.

There was the the miniature driver’s cabin, designed and built by the STM’s members.

The public were able to operate the controls of a tram, the smaller “controller” used in trams built from 1908 until the early 30s and an airbrake handle.

All Sydney electric trams had airbrakes from the outset – not many cities could boast this feature so early! 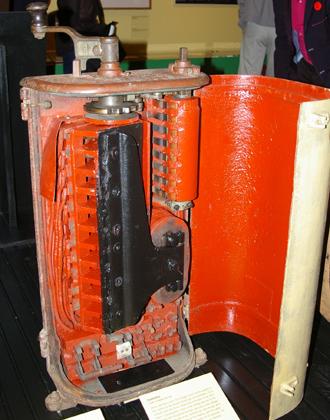 Never before publicly viewed in our state were the inner workings of a motor controller.

This was the device used to control the current flow to the motors, the equivalent of an accelerator in a car.

Our staff had one in pristine condition prepared for the public to closely examine.

It was open for inspection, fortunately, not connected at the time! 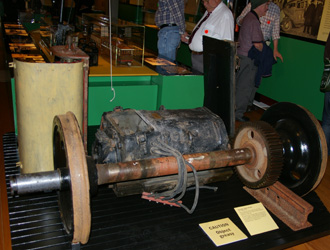 How many of Sydney’s citizens have had a chance to look at a real Sydney tram motor?

This opportunity was provided by our workshop team. It was displayed just above an axle and pair of tramway wheels – something close to reality. Motors usually sat over the axle, an oiled brass bush reducing friction. A small geared wheel from the motor engaged with the large one shown on the axle

Trams in Sydney dating from 1908 generally had four motors each. This ensured faster acceleration and a good turn of speed. Few cities had this provision so early.

More photos from the exhibition can be found at the link here.