Some photos contributed by Greg Sutherland slowing some museum works back early 1997. The first few are around the traverser, where it was used to transport concrete trucks so concrete could be dropped in front of the display hall. 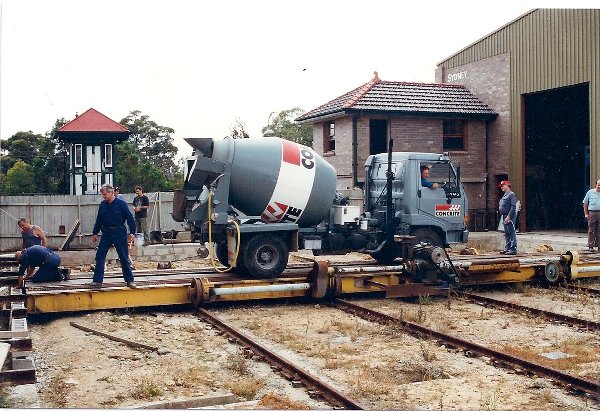 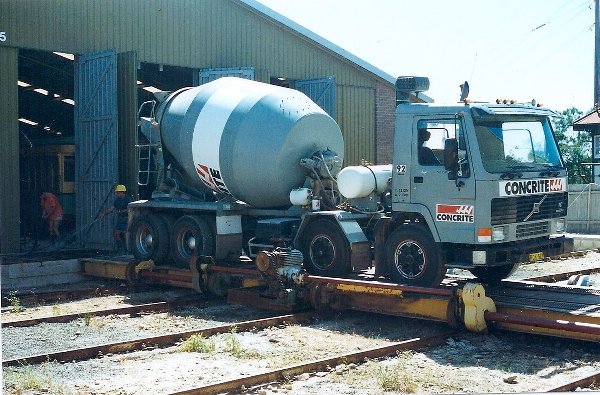 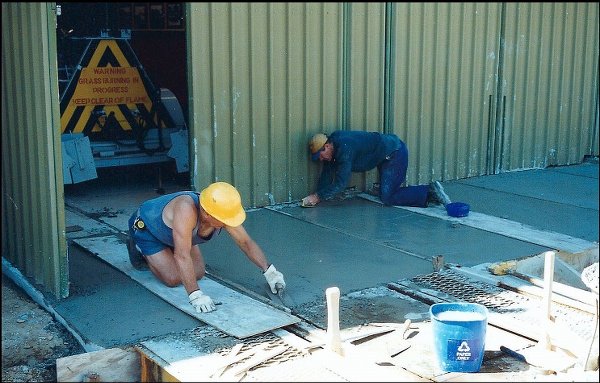 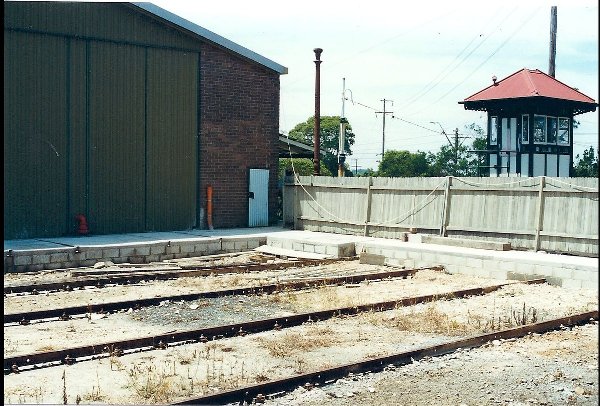 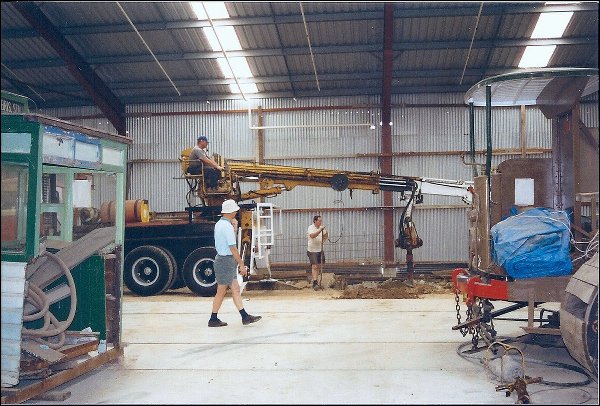 The back of 7 and 8 road are built on loose fill. To ensure it would not subside
piles were bored down to the bedrock and cast to support the track/floor slab. 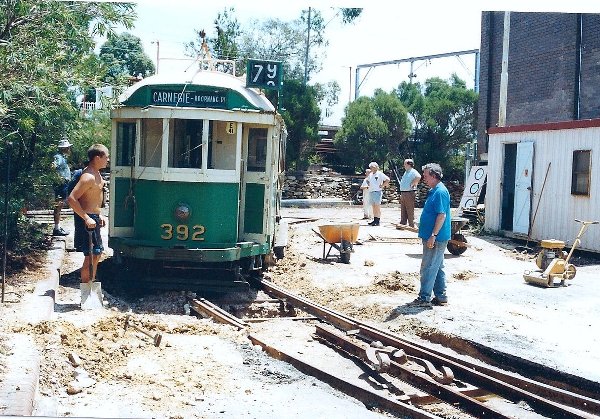 Melbourne W2 392 being used to test clearances around the newly laid Cross Street.
392 is currently stored off site.